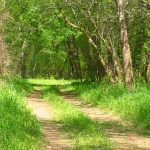 “Where there is great love there are always miracles” – Willa Cather The Roman statesman and orator Cicero has been credited with a phrase familiar to South Carolinians. “Dum Spiro Spero”, which translates “while I breathe, I hope”, is the state motto. It is also the motto of numerous families, the Scottish clan McLennan, the village of St. Andrews in Scotland, and the once Kingdom of Sarawak. That three-word phrase has literally travelled the world countless times. Obviously, it has inspired many, as can be seen by its adoption by the governments and families that have created crests and seals to immortalize the thought. Emily Dickinson wrote of hope. She said, “Hope is the thing with feathers, that >>

Clippings from my portfolio

Her photography invoked memories when I was a child, laying down on the grass and gazing at the sky while the clouds floated by … Teri somehow successfully expresses these elements of nature we are so ignorant to.

I found your site to be inspiring as you are one whose blessings are abundant. It is when we share our light and life with others that we emerge more empowered.

I’m so impressed with your writing – it has a beautiful sense of style, like YOU! The photographs you included perfectly illustrate the topic and make the piece quite inspiring. Congratulations!!